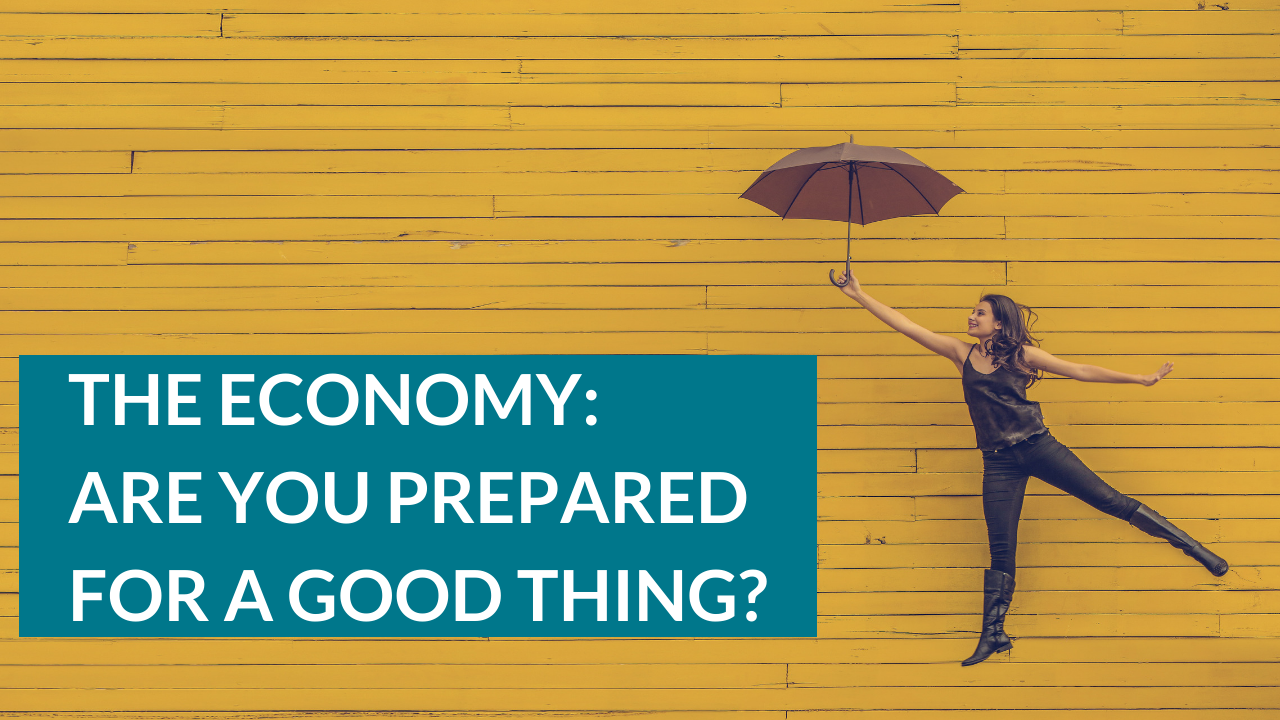 As we approach year-end, it’s time to start thinking about 2020 and what investment opportunities look the most promising. First, 2019 has been an exceptional year in terms of stock market performance with the Dow up almost 20%, the S&P 500 Index up over 24% and the NASDAQ up almost 28%. We don’t expect anything close to that in 2020. In fact, we would be very happy if stocks could achieve mid to upper single digit returns (including dividends) in 2020 – given the very contentious political environment, long in the tooth business cycle (now in record territory), and weak manufacturing data and lower car sales.

We are starting to see some significant changes happening beneath the surface – the global slowdown appears to have ended, recession fears have significantly diminished, and macro indicators are improving. Plus, the impact of monetary easing is starting to kick in and the trade tensions appear to be improving. Long term bonds and utilities have dropped significantly in the last few weeks meaning a shift has occurred from defensive assets “risk off” into so-called “risk on” assets. The 10-year Treasury has now risen from 1.47% to almost 2% signaling growth is on the rise. Global interest rates have responded – we now have less than $12 trillion in negative yielding bonds compared to $17 trillion in August.

Over the last 21 years, whenever the market was up +9.5% for the year (through the first week in November) it continued to appreciate another 4% for the rest of year (ten out of ten times). This so-called Santa Claus Rally could have legs if things continue to progress on the trade front and we see improved economic conditions. We believe the best opportunities for next year are in value stocks which have been neglected for years and international equities, which are unloved and under-owned.

If you had missed the 10 best days since 2003 (15 years through 2018), your portfolio would be worth 50% less. Had you missed the 20 best days, your portfolio would be worth 66% less. Therefore, you have to stay in the market to win long term. Now that doesn’t mean you shouldn’t re-balance from time to time if your asset allocation gets out of whack. But many scared investors continue to wait for the next crisis to go to cash but that just means they will miss the next bull market. If you think you can time the market you have to accurately get out at the right time and get back in at the right time. You’re better off just staying in and keeping with a stock allocation that makes you comfortable.

People seem to be concerned that if Elizabeth Warren is the Democratic nominee and wins the Presidency, the stock market would drop 25% (Leon Cooperman prediction) but the facts tell a different story. Below is the last six Presidents and the Democrats seem to have outperformed considerably. It’s not Presidents that sink stock markets, but rather what stage of the economic cycle they find themselves in when they are in office.

In our opinion, the Fed is done raising rates for the time being. In late October, the Fed lowered rates by 0.25% which is the third rate cut this year. They also announced a $60 billion a month purchase of Treasury bills to shore up money markets and provide much needed reserves to the system. The Fed’s actions are just starting to have a positive impact on the economy and should help boost conditions as we head into 2020.

VALUE STOCKS – IS THIS A TURNING POINT?

Value stocks (companies that trade at a significant discount to their intrinsic value) are coming back to life after a decade of under performance vs. growth (value is up 142% over the last 10 years vs. 230% for growth). In just the last three months, value stocks have appreciated 11% – more than twice that of growth. The valuation spread between value & growth stocks hit an extreme level 14-months ago. When that extreme spread occurred back in 2003 & 2008, value outperformed growth by 22% and 69%, respectively over the next year.

We might be in the early stages of a major turnaround in value stocks. Value stocks have been neglected for years as high-profile growth stocks have dominated the headlines and disrupted old industries. According to Bank America, value stocks have never been cheaper relative to growth stocks. Financials, energy, and industrials are leading the way and significant inflows are moving from growth back into value.

According to Jim Paulsen (chief investment strategist Leuthold Group), the long under performance of non-U.S. stocks, “has made them unloved and under-owned by most investors, and they now offer considerably cheaper relative valuations.” He sees a weaker dollar and a lower trade deficit helping foreign stocks. U.S. stocks have outperformed the rest of the world by 25% over the last two years. U.S. stocks are trading at a 17.2 times forward earnings (Price divided by Earnings) while Euro zone stocks trade at just 13.8 times forward earnings.

International equities have under performed the U.S. 6 of the last 7 years and 9 of the last 12.

2019 has been an exceptional year with all averages up over 20%. There are some significant changes occurring beneath the surface. Global economic conditions are improving, recession fears have subsided, and monetary easing is starting to kick-in. In addition, interest rates have risen in the last few weeks signaling a stronger economy. We wouldn’t be surprised to see further gains into year-end. We expect the stock market will be more challenging in 2020 as investors will have to deal with a very contentious Presidential election and a long-in-the tooth economy. 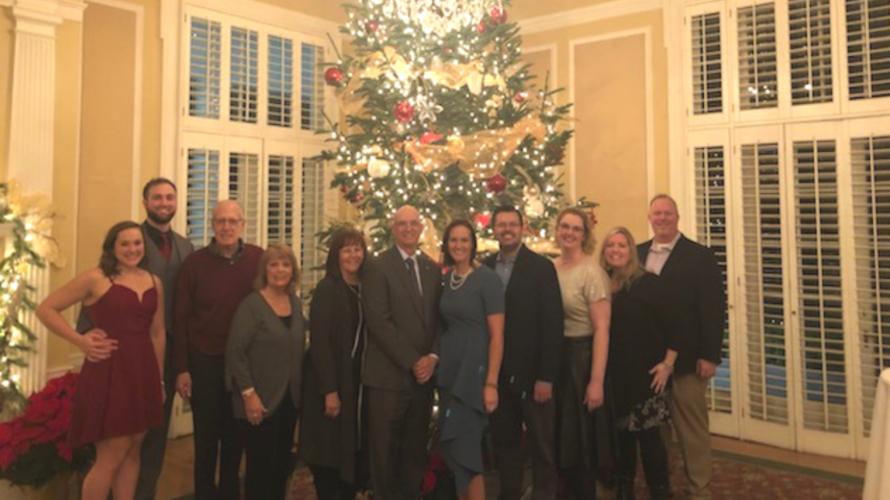 In early December, True North had their 2nd Annual holiday party to kick off the season!