Stocks had their best January in 32 years, rising 7.9% for the month. Since hitting a low on Christmas Eve, the S&P 500 Index has risen 15.9% through the end of January!

This much needed relief follows a brutal season for stocks in the 4th quarter of 2018, and the markets’ 9.2% drop in December. Investors panicked in late 2018, as fears of a recession and an overly aggressive Fed caused panic selling.

The overriding reason for the markets’ abrupt turnaround is the Fed’s new wait-and-see approach to further interest rate increases. The Fed has gone from a policy of steady tightening to signaling that further tightening may well be on hold. The Fed kept rates at zero between 2008 and 2015 following the Great Recession. It has increased rates 9 times since 2015. The Fed’s main focus now appears to be on inflation and the financial markets. This policy change should bode well for stocks in 2019.

In 1987 when the market dropped 22% in one day, it created one of the best buying opportunities in a generation. The 20% meltdown we experienced in the fall compressed values to the point where forward-looking earnings where only 14.1x, which is below the 10-year average of 14.6x.

The market experienced big drops in October and December, despite continued signs of growth in the economy. Continued growth, coupled with low inflation and moderate wage growth is setting up a “goldilocks” scenario for stocks and what we believe will be a good year for stocks in 2019.

We continue to believe that the U.S. stock market has been in a secular bull market since the Great Recession lows reached in March 2009.  According to Investopedia, a secular market is a market driven by forces that could be in place for many years, causing the price of an asset class (i.e. stocks) to rise or fall over a long period of time. These long-term bull markets can last up to 25 years, but you can also have several cyclical bear markets inside these long-term bull markets – like we had in 2011 and in 2018.

We believe we remain in a secular bull market because of low inflation brought about by the disinflation caused by technology and the internet. Also, the innovation revolution continues as does the destruction of established technologies through the development of ground-breaking products and services. With modestly rising wages and likely lower than expected interest rates for the foreseeable future the long-term potential of stocks remains strong.

Current signals point to an economy that is still growing at a solid pace. The Fed has turned much more dovish (i.e. less likely to raise rates), indicating that they will now be “patient”. Talks with China are progressing to the point where it looks like some agreement can be reached. All of these signals point to reasons to be optimistic about the economy and the stock market as 2019 progresses.

We continue to believe the economy will grow 2%-2.5% in 2019 and that corporate earnings will slow down but will continue to grow in the high single-digit range.

Certain sectors of the economy, like automobile sales, are starting to slow down. At the end of January, almost 4 million vehicles were sitting on dealership lots, a 4% increase from December. Hurting sales of new cars are higher interest rates on car loans and cheaper used car alternatives. Tax credits and incentives for electric cars are also expiring in 2019, which may contribute to a further decline.

A perennial favorite of ours here at True North, dividend stocks are often a safe-haven in choppy markets. Companies who consistently raise their dividends year after year have tended to outperform over the long-haul, compared to growth stocks or non-dividend payers.

Increasing dividend stocks provide a growing stream of income, current yields that in many cases exceed comparable treasury bonds, and the income stream acts as a potential inflation hedge.

Value stocks are companies that trade at discounts to their intrinsic value. In essence, the goal is to find “great companies” that are trading at bargain prices.

In recent years growth stocks have outperformed value stocks with many investors chasing the high growth momentum stocks and big technology companies. This has left many value stocks unloved in the trash heap.

Moreover, in the 90 years from 1926-2016, value stocks outperformed growth – 13.5% annually vs. 9.2%. That’s significant long-term outperformance and a good reason to consider value investing!

Bonds look more attractive in 2019 as a reliable source of income for investors.

Thus, we believe there is more opportunity and reduced risk in intermediate-term bonds, extending to 7 years. We have been gradually extending bond maturities, where appropriate, to the 6-7 year range to take advantage higher rates and a more patient Fed policy.

Since money markets are now paying more attractive yields, around 2%, we still favor cash holdings of 2-10% of client portfolios as a way to protect against the volatility of the markets while still earning income.

We continue to be optimistic about the economy and the current market environment. Stocks have recovered much of what they lost in December, due mainly to dovish actions on the part of the Fed. If the current economic expansion lasts until June 2019, it will be the longest expansion in U.S. history. A few signs of a slowing economy are beginning to emerge, but a more patient Fed could propel the economy forward and markets to new all-time highs in 2019. 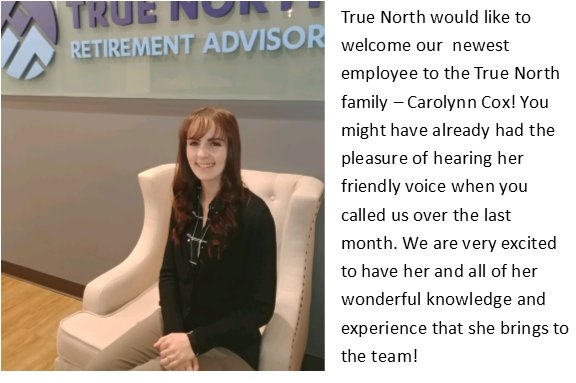