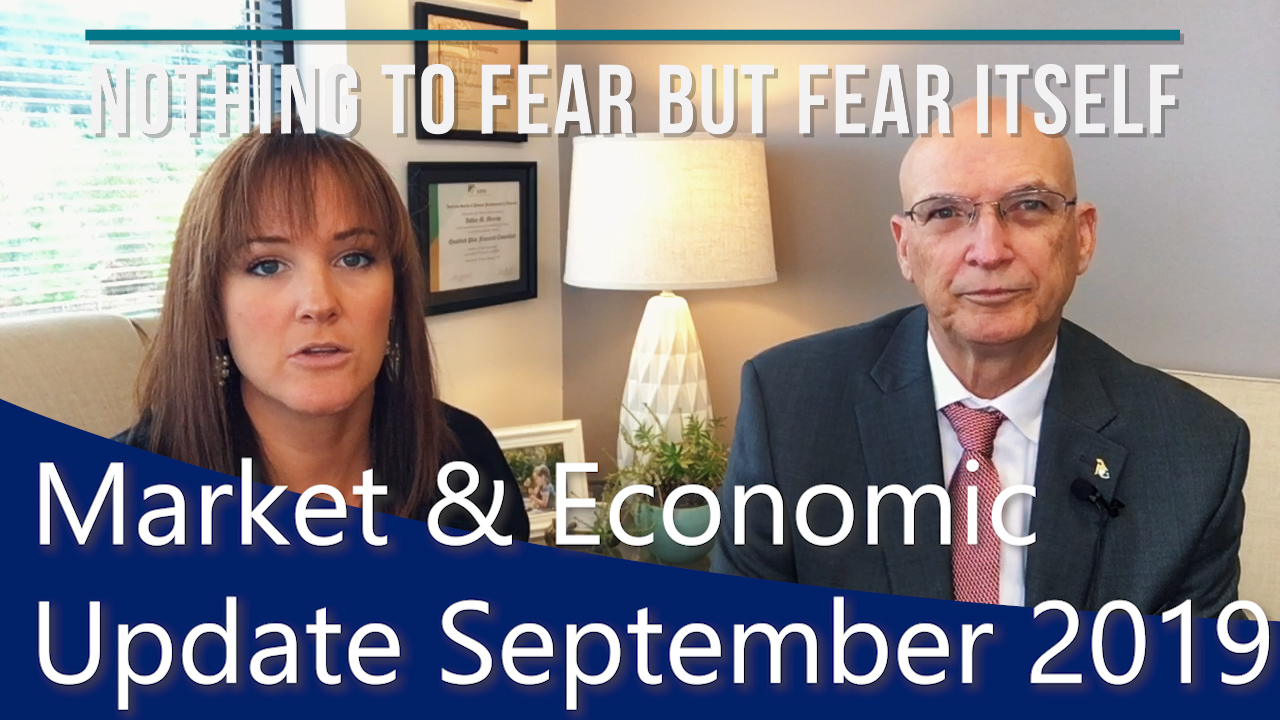 Stocks retreated in mid-August after the trade war with China intensified, the yield curve inverted, which means that short-term interest rates were higher than long-term rates (historically, a good recession predictor), and recession fears grew. The S&P 500 Index currently sits just shy of its all-time high.

Even though many investors seem uneasy, stocks still look attractive. The P/E ratio, one of the most popular methods for determining whether stocks are under or overpriced, is showing that the stock market’s trailing P/E is below average at present.

Since 1950, September has been the worst month of year for stocks, so weakness at this juncture shouldn’t be surprising and is normal. Over the last year, stocks have gone nowhere – first dropping 20% leading up to Christmas, then rallying 28% off those lows, as of this writing in early September.

For the first time ever, the 30-year Treasury dipped below 2%. The 10-year Treasury dropped to 1.47% (record low was 1.3% in 2016). Yields have been driven lower partly because foreign capital continues to flow into U.S. bonds. $17 trillion worth of global bonds yield less than zero around the world, and foreign investors are looking for a safe place to park their money. This flood of money has also pushed up the value of the dollar and hurt our exports, slowing U.S. economic growth.

The U.S economy hasn’t had a recession in more than 10 years. One thing is certain – we will have a recession somewhere down the road. But the tough question is when? A recession is defined as two straight quarters of GDP contraction. One good indicator of a coming recession is an inverted yield curve, which we have now. An inverted yield curve is nothing more than short-term interest rates (3-month T-bill) yielding more than long-term rates (10-year Treasuries). However, with Central Banks around the world meddling so deeply with interest rates – we don’t believe this is as good an indicator as in the past.

Despite an economic slowdown around the world and an escalating trade war with China, the U.S. consumer is in excellent shape. If fact, household spending is rising 4% annually (the fastest growth rate since 2007) and wages are rising 5% annually.

We believe that the possibility of a recession is low, given the fact the consumer represents some 70% of the economy and the Fed has now embarked on an easing cycle of lowering interest rates.

The yield on the S&P 500 Index is now higher than the yield on the 30-year Treasury. For almost every investor, rising dividend stocks should represent a cornerstone of your portfolio. Rising dividends are important because they not only provide a growing stream of income but also are a sign of a company’s profitability as well as management’s confidence in the future.

One of the areas that remains very attractive are value stocks. These are companies that trade at a significant discount to their intrinsic value. Value stocks have been neglected for years as high-profile growth stocks have dominated the headlines and disrupted old industries. When the market declares something dead, that’s probably the best time to buy it!

Stocks retreated as the trade war with China intensified, the yield curve inverted, and recession fears grew. Bond yields have dropped all over the world, and the 30-year Treasury is at its lowest yield ever – just below 2%. Despite these problems, the consumer remains in a very strong position – with spending rising 4% annually and wages 5% annually. In addition, we expect further rate cuts by the Fed in the months to come, which we believe will stave off a recession…for now. 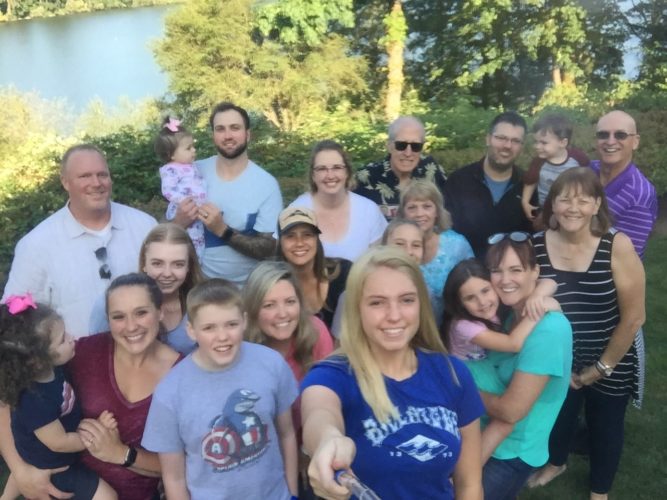 Last month, the True North Team got together for the 1st Annual company picnic! Such a great opportunity to connect outside of the office and enjoy each other’s company!